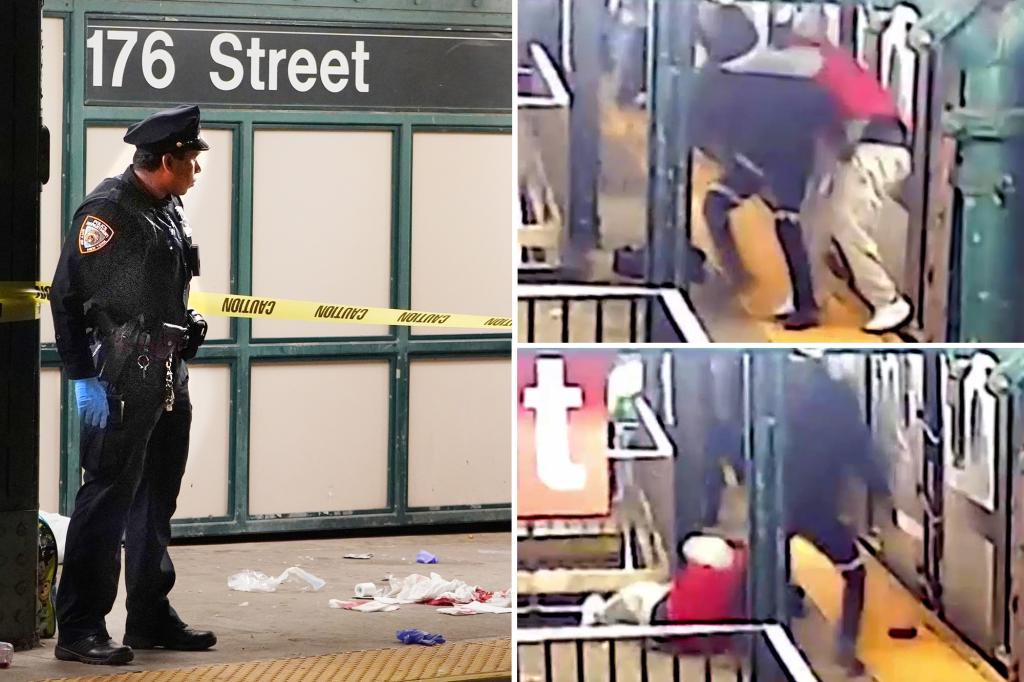 The man stabbed by a random attacker in a Bronx subway station died early Friday — as cops launched chilling video of the Thursday night time assault.

The 38-year-old sufferer — who was brutally assaulted at the 176th Street and Jerome Avenue station, simply outdoors the northbound No. 4 practice — succumbed to his accidents round 6 a.m. Friday, authorities stated.

The footage, launched by cops a short while earlier, exhibits the sufferer and the suspect — carrying all black — scuffling on the northbound platform whereas the practice was nonetheless within the station.

The sufferer, carrying a red-and-white jacket, was knifed a number of occasions within the again and chest throughout the 8:30 p.m. unprovoked assault, cops stated.

The sufferer was taken to St. Barnabas Hospital, the place he was initially listed in critical however secure situation earlier than he took a flip for the more serious, authorities stated.

No arrests had been made by Friday morning.

The suspect — who fled westbound on East 176 Street — is described as having a darkish complexion and is round 5-foot-11, and 160 kilos, with a medium construct.