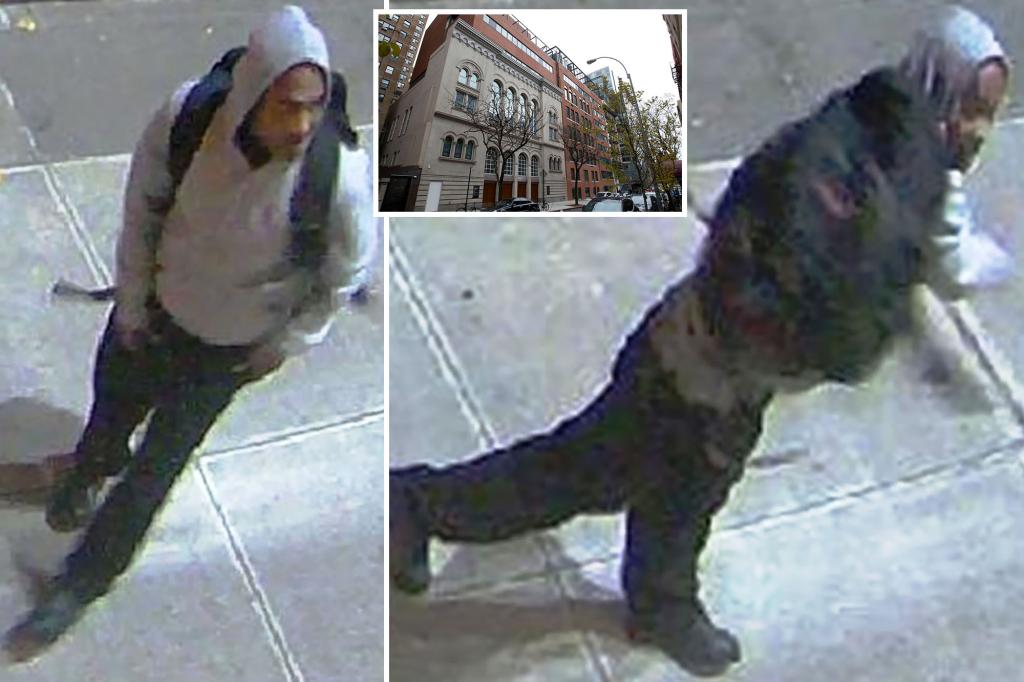 A vandal chucked two rocks on the home windows of an Upper East Side Jewish center college in a doable hate crime this week, cops stated.

The suspect pulled a rock out of his backpack and hurled it on the entrance window of Ramaz Middle School on East eighty fifth Street close to Lexington Avenue round 9:20 p.m. Wednesday, damaging the window, authorities stated.

He left however returned a short while later, tossing a second rock at one other window earlier than fleeing on foot.

No accidents have been reported, cops stated.

The NYPD’s Hate Crime Task Force is investigating the incident.

Police say the suspect — proven in photographs launched early Friday — has a medium complexion and is about 5 ft 9 and 160 kilos.

He was final seen sporting a grey hooded sweatshirt, black denims and black sneakers, and carrying a backpack.