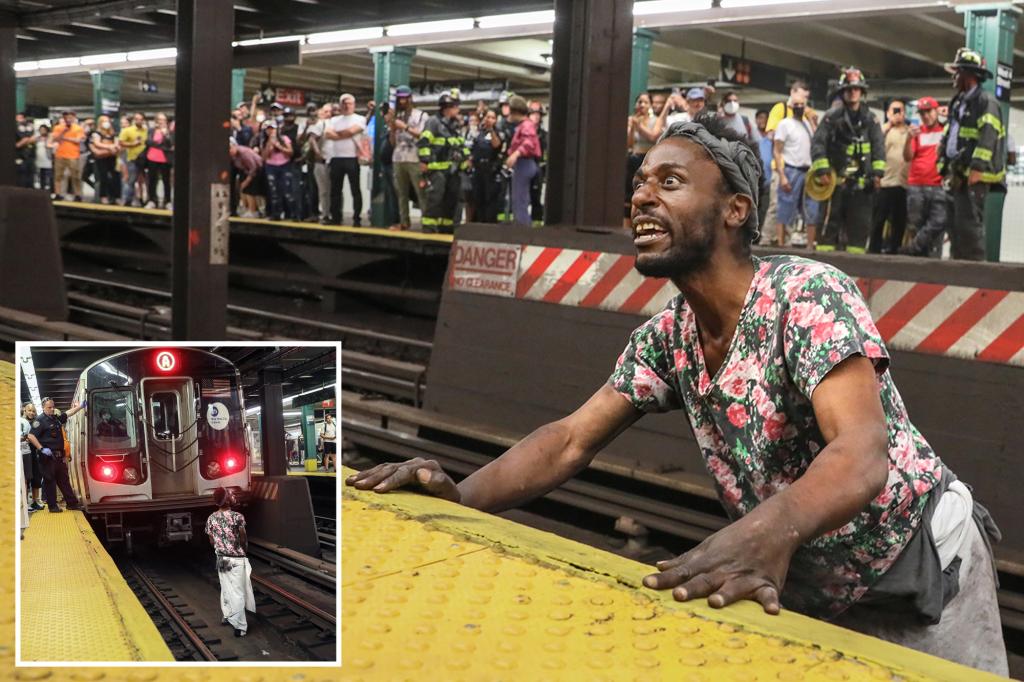 An unsettled man climbed onto the tracks on the Washington Square Park subway cease — delaying trains for about an hour as emergency responders satisfied him to climb again up, in keeping with cops and witnesses.

The 42-year-old jumped down simply after 2:30 p.m. and was strolling between the north and southbound A/C traces on the West Fourth Street–Washington Square station, authorities stated.

EMS employees and folks on the platform yelled to attempt to coax the person to come back again up onto the platform — with some straphangers even throwing down cash to influence him to climb to security.

The unnamed man, carrying a floral v-neck shirt, will be seen in a video speaking to dozens of individuals on the platform as he paced between the tracks however what he stated was inaudible.

He finally determined to come back again onto the platform round 3:30 p.m.

Cops took the person into custody on pending costs, in keeping with police.

No one was injured and the trains returned to regular service moments after the incident had ended.