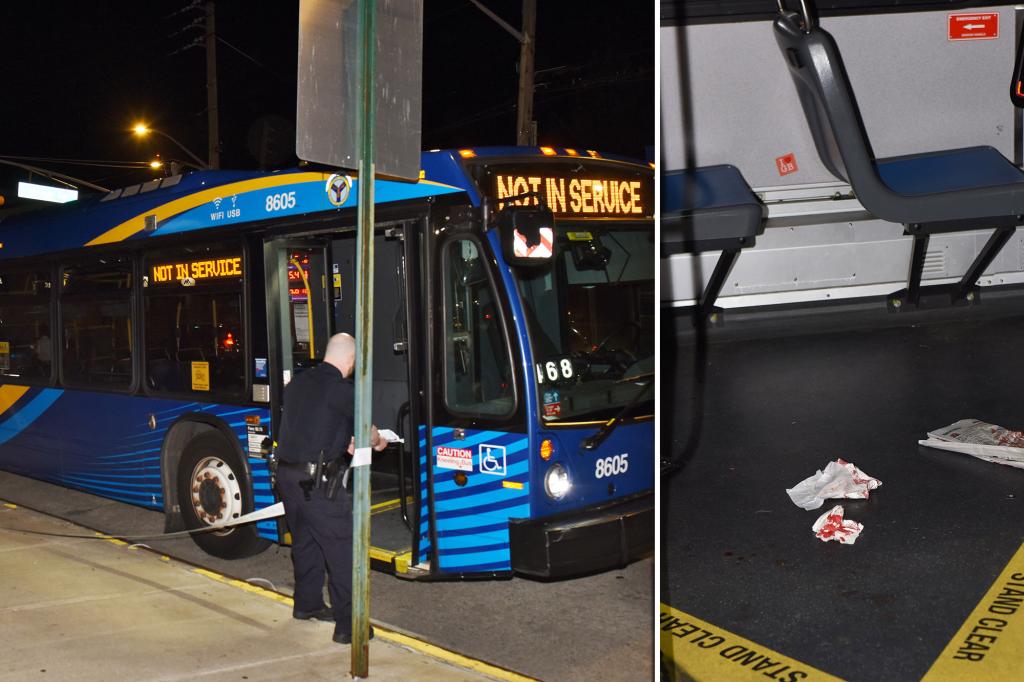 A person was assaulted and stabbed by two teenagers throughout a brutal assault aboard an MTA bus on Staten Island, police stated.

The sufferer, 41, was using the bus round 10:15 p.m. Friday within the neighborhood of Manor Road and Victory Boulevard within the Castleton Corners part, when the assault unfolded, the NYPD stated.

The man was stabbed within the shoulder and brought to Richmond University Medical Center in secure situation.

The duo is charged with gang assault, assault and prison possession of a weapon, police stated.

Police recovered knives from each of the suspects, authorities stated.