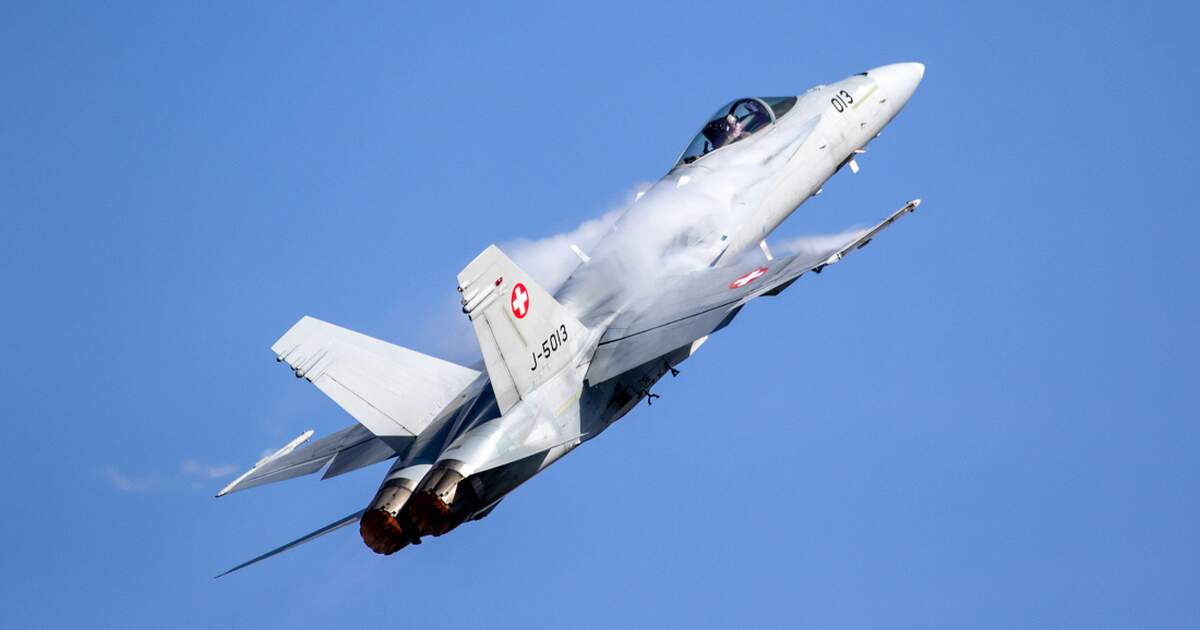 Swiss police have confirmed that on the night of June 16, two fighter jets had been scrambled to intercept a passenger airplane touchdown at Zurich Airport, after a bomb risk was made. Two sonic booms had been heard in Zug, because the jets rushed to intercept the threatened airliner.

Residents of Canton Zug reported listening to a deafening sound much like a thunderclap late on Thursday night. Several calls had been made to the emergency services, with folks frightened and confused about what the loud noises had been.

Soon after, officers within the canton confirmed that there was no hazard to the inhabitants. The noises had been attributable to two F / A-18 fighter jets from the Swiss Air Force, which had been flying to intercept an airliner touchdown at Zurich Airport. As every of the planes went quicker than the pace of sound, two loud sonic booms had been created.

Police defined that the fighters had been scrambled to intercept flight GM602 – a Chair Airlines flight from Pristina in Kosovo to Zurich – after a bomb risk was made. The airplane was on closing strategy to the Swiss city when the fighter jets made their intercept.

The Department of Defence confirmed that the 2 fighter planes then escorted the airline flight, which landed safely on the runway in Kloten. Passengers had been shortly evacuated and the airplane was searched by specialist police, who gave the flight the all-clear.

According to 20 minuten, subsequent investigations have discovered that the bomb risk was not focused on the airline or Switzerland however on the airport in Pristina. The route between Zurich and the Kosovar capital is now totally reopened.