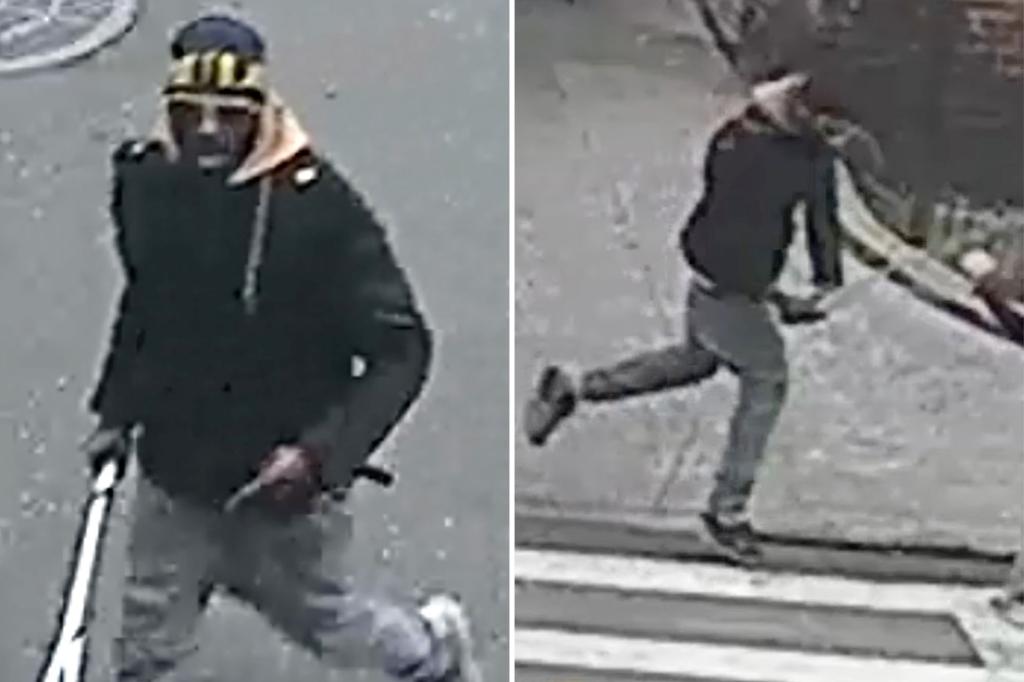 An unhinged man randomly attacked a 12-year-old boy heading to highschool in Brooklyn — beating the teen within the head with a crutch, stunning new video exhibits.

The boy was close to the nook of St. Paul’s Place and St. Paul’s Court in Prospect Park final week when a stranger ran throughout the road and hit him with it twice with a single crutch, in accordance with the NYPD and video they launched early Wednesday.

As the maniac swung a 3rd time, the pre-teen ran off, avoiding getting hit once more.

Cops say the assailant picked the crutch up off the bottom, presumably from a pile of trash, and was hanging out mid-block earlier than he pounced on the unsuspecting child.

He mumbled one thing incomprehensible throughout the unprovoked Nov. 17 assault, cops stated.

The fiend calmly walked off after the assault, ditching the crutch on the sidewalk as he headed north on St. Paul’s Place.

The sufferer suffered minor head accidents and was taken to a neighborhood pressing care in secure situation. He had been heading to the Church Avenue B and Q prepare station on the time of the assault.

The suspect was nonetheless on the unfastened Wednesday morning.

He is described as a male with darkish complexion, a medium construct and a beard. He was final seen sporting a black winter hat, a black jacket with a yellow hood, blue denims and black sneakers.