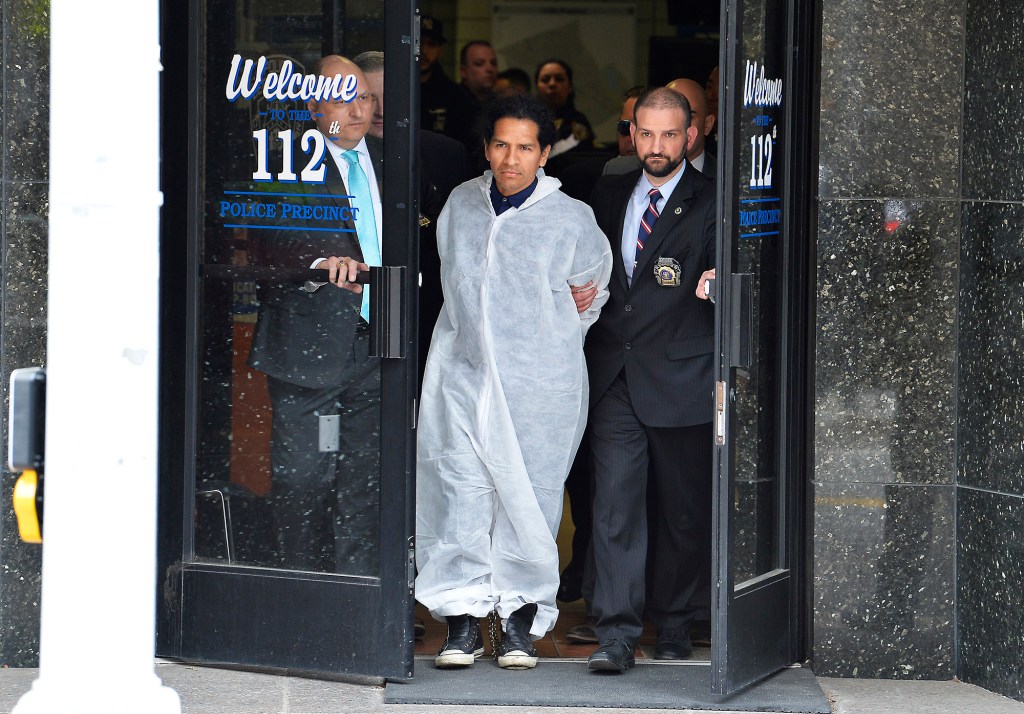 Four people, including a woman and two men, were seen bringing out three suitcases, two backpacks, a floral arrangement and a plastic bag stuffed with belongings out of Bonola’s Queens home around 9:30 a.m.

When the group was asked if they were related to Bonola — who was arrested Wednesday for allegedly butchering Forest Hills mom Orsolya Gaal and then stuffing her corpse in a duffel bag — one of the men grunted, “No” and declined further comment.

The group then loaded the belongings into a waiting taxi and took off.

Moments later, a woman who also lives at the location but in a different unit said she wasn’t sure who the people were and didn’t “want to say anything” when asked about Bonola.

The 44-year-old suspect — who allegedly worked as a handyman for Gaal and had a romantic relationship with her for about two years — showed up at her home in the wee hours Saturday morning to discuss their on-off fling after they broke up earlier this month, according to cops and sources.

Bonola then flew into a rage and refused to leave the home when the two got into an argument, eventually stabbing the married mother of two nearly 60 times while her 13-year-old son was upstairs, cops and sources said.

The ponytailed suspect readily confessed to the crime after he was taken into custody Wednesday, sources said. He was held without bail during his arraignment late Thursday at Queens criminal court.

He’s facing murder, criminal tampering and criminal possession of a weapon charges. If convicted, he faces up to 25 years in prison.