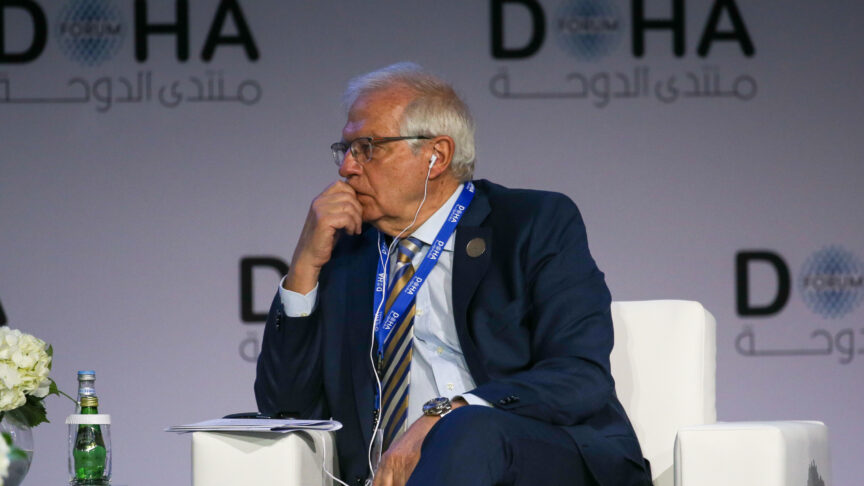 Unsurprisingly, Russia’s assault on Ukraine has affected all main areas of international coverage. And our high 5 podcasts are not any exception. Our most listened-to episodes of the previous half-year are beneath.
Have a pay attention and discover the totally different ramifications the conflict in Ukraine has had on Germany, France, Sweden and Finland, China, and never least NATO and Europe’s safety structure. This podcast was launched on 4 March 2022.

Mark Leonard was joined by ECFR senior coverage fellow, Kadri Liik, and the pinnacle of ECFR’s Asia programme, Janka Oertel, to speak about how the Ukraine conflict is affecting Sino-Russian relations.

Listen once more to this episode to learn how Russia’s assault on Ukraine was perceived in China – and whether or not an ‘alliance of autocracies’ is within the making.

Listen once more to this episode for some Paris summer season vibes, and to listen to what position international coverage performed within the election marketing campaign earlier than and after Russia’s invasion of Ukraine.

Does the conflict in Ukraine imply a whole collapse of NATO member states’ coverage in direction of Russia? Mark Leonard was joined by Marie Dumoulin, head of our Wider Europe programme, and Jeremy Shapiro, ECFR’s analysis director, to attempt to reply this query.

Listen once more to this episode to discover how may Europe may reply to a Russian loss or victory within the Ukraine conflict.

Listen once more to this episode to study extra in regards to the Swedish Zeitenwende and Finnish pragmatism that helped set these two Nordic nations on this path.

Mark Leonard and ECFR Berlin colleagues Janka Oertel, Jana Puglierin, and Jonathan Hackenbroich took inventory: How is Germany actually doing in overhauling its safety and defence insurance policies? And what sort of change is afoot in Germany’s most beloved discipline of financial coverage?

Listen once more to this episode to find if Germany has made progress in dwelling as much as its allies’ expectations – or have guarantees made in May proved empty?