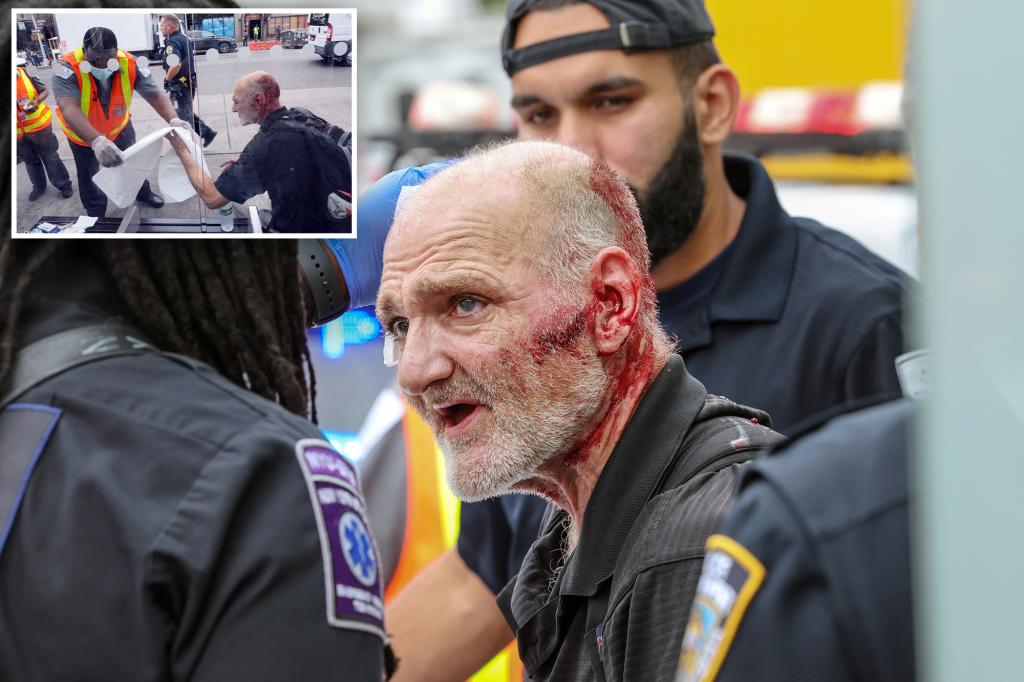 A straphanger was left bleeding from the top after a wrestle with a robber on a subway staircase in Greenwich Village on Friday, cops stated.

The sufferer, described as in his 50s, was on the steps of the West Fourth Street-Washington Square station in Manhattan simply after midday when the suspect immediately grabbed him by the backpack, authorities stated.

The suspect tussled with the male suspect, who swiped an unspecified amount of money from him, police stated.

The sufferer suffered accidents to his head in the course of the skirmish, cops stated.

Photos present him with the again of his head, his ear and a part of his neck lined in blood as he was being handled by EMS staff. A blood path may very well be seen close to the staircase after the incident.

He was taken to Bellevue Hospital with non-life-threatening accidents.

The assailant — described as a person in his 20s with dreadlocks and a skinny construct and carrying a white shirt, grey shorts and sneakers — fled the scene.