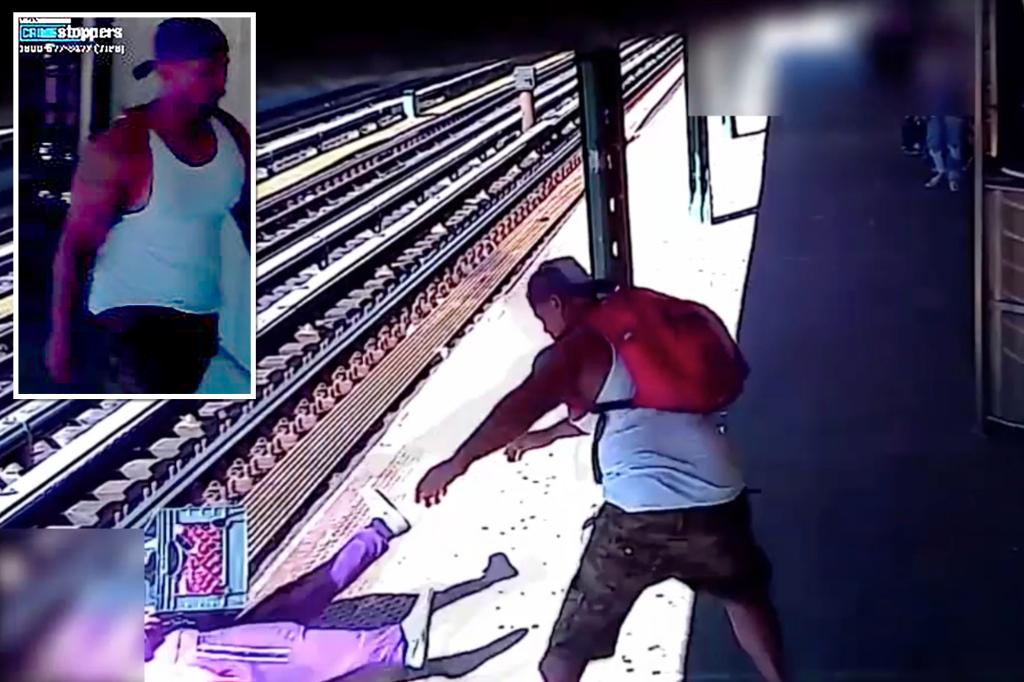 The sicko who randomly shoved a woman onto subway tracks in The Bronx was arrested Tuesday, the NYPD stated.

Theodore Ellis, 31, was taken into custody simply earlier than midday on the Jackson Avenue station in Melrose – the identical station the place he shoved his 52-year-old sufferer onto the roadbed Sunday afternoon, cops stated.

He was charged with assault and reckless endangerment, police stated.

Chilling surveillance video confirmed Ellis allegedly grabbing his sufferer by the waist and whipping her onto the tracks in a seemingly unprovoked assault.

At the time, no practice was coming into the station, and fellow riders have been in a position to pull the lady off the tracks and again to security.

She was taken to Lincoln Hospital with cuts to her head and arm and remained there Tuesday, police sources stated.