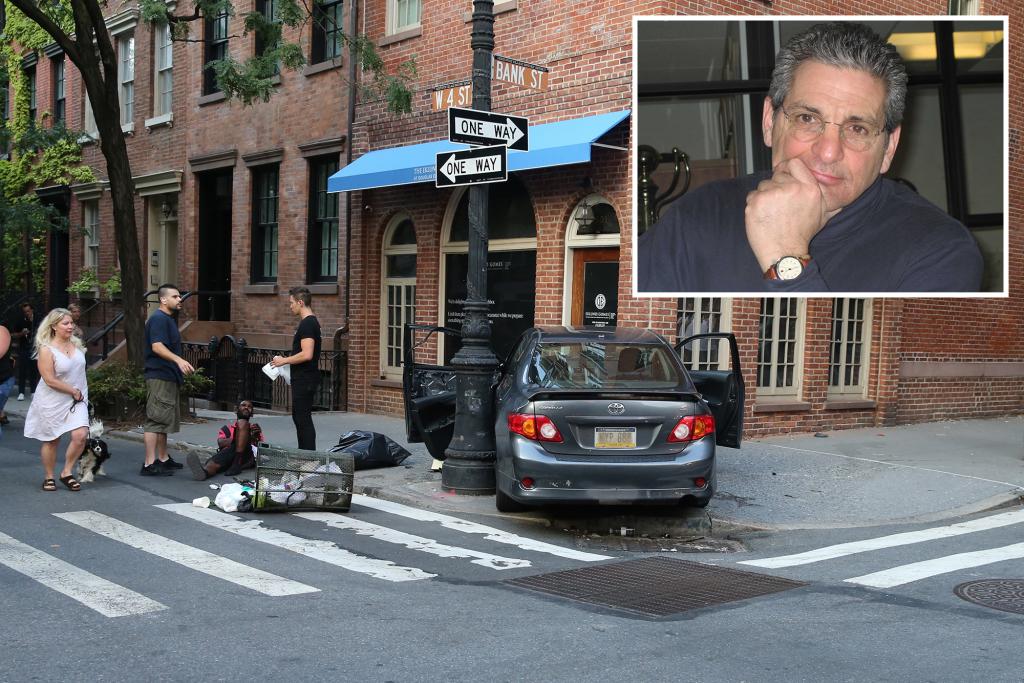 A New York Daily News photographer was significantly injured after he tried to cease a person from stealing his automotive in Manhattan Wednesday night time — however wound up getting dragged a number of blocks earlier than the automobile crashed, police and sources stated.

The chaotic scene unfolded after A. Saverio “Sam” Costanza, a 73-year-old shutterbug, left his automotive working in entrance of 275 West 4th Street within the West Village and popped right into a deli round 6:50 p.m., in keeping with cops and sources.

While he was within the retailer, 44-year-old Tabbica Mahmoud, of Brooklyn, allegedly hopped into the motive force’s seat of the unattended automobile, in keeping with police and sources.

Costanza ran outdoors when he noticed the carjacking and leapt into the passenger facet window because the suspect tried to drive away, sources stated.

The veteran photographer was dragged for 3 blocks and his foot was run over earlier than the motive force misplaced management and crashed right into a eating shed at West 4th Street and Bank Street, sources stated.

Mahmoud, who was ejected from the automobile within the crash, was taken into custody and transported to Bellevue Hospital for analysis, police and sources stated.

No different accidents have been reported.

Mahmoud has a prolonged rap sheet with 26 prior arrests together with 17 felonies, police and sources stated.