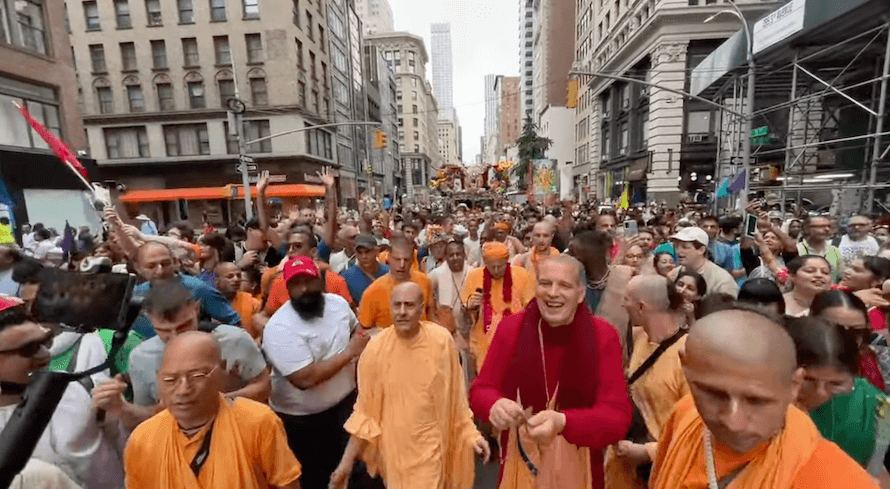 Every summer season, on the Second Saturday of June, The International Society for Krishna Consciousness (ISKCON) presents their jubilant annual Ratha Yatra (Festival of the Chariots) Parade down Fifth Avenue. The procession of colourful chariots begins promptly at 12:00 PM from the nook of forty fifth Street and fifth Avenue and proceeds down Fifth Avenue, to Washington Square Park in Greenwich Village.

The pageant of Ratha Yatra has been celebrated since historic instances, as some of the vital yearly occasions within the Vaishnava-Hindu religion. Vaishnavism, the worship of Lord Krishna, is without doubt one of the principal branches of the broad Hindu custom. Vaishnavas are monotheists and consider Lord Krishna to be the identical God worshiped by Christians, Jews and Muslims.

In Jagannath Puri, the deity worshiped in the principle temple is a picture of Lord Krishna, and is known as Jagannath (which implies “Lord of the Universe”). He is worshiped alongside together with his brother, Balarama, and sister, Subhadra, in the principle shrine. Every summer season, originally of the monsoon season, the three (3) deities are taken out of the temple amidst nice fanfare and are positioned on shiny and colourful chariots. Almost 1,000,000 worshipers throng the town and pull the chariots with love and devotion, accompanied by joyful music, non secular chants, and dancing.

In 1976 A.C. Bhaktivedanta Swami Prabhupada, the founding father of the worldwide Hare Krishna Movement inaugurated the New York City model of this historic Indian parade. Since then, it has been celebrated yearly and has grow to be a New York summer season custom. This pageant blends the splendor of a millennia-old celebration with the thrill of a parade down New York’s world-famous Fifth Avenue.