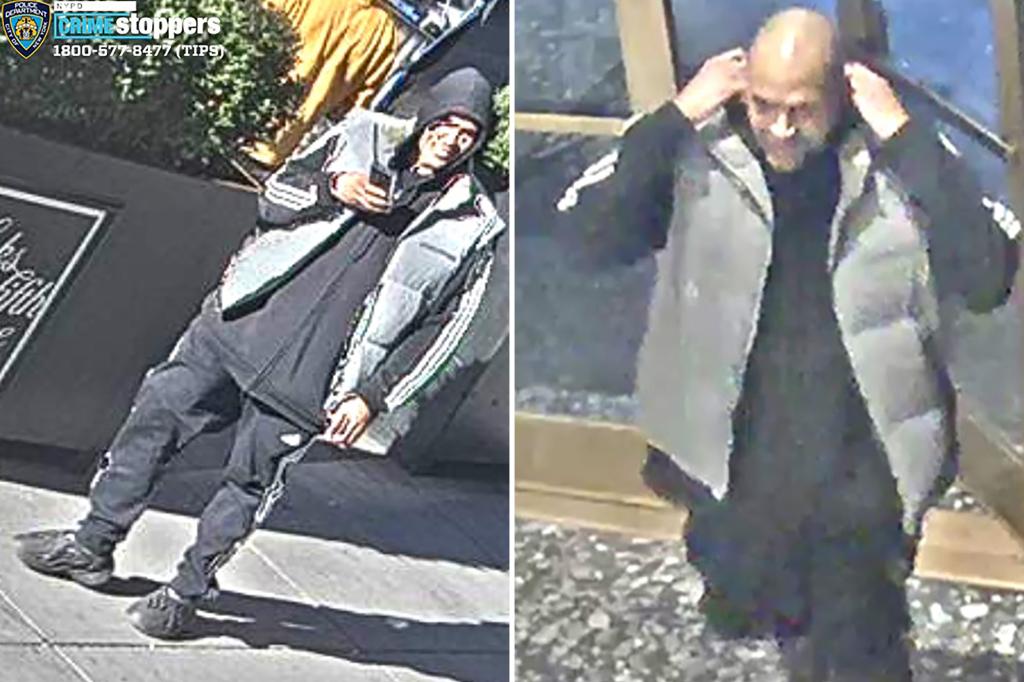 A person in a wheelchair was choked and robbed of his cellphone in a broad-daylight Midtown assault this week, authorities mentioned Friday.

The 40-year-old sufferer was on Fifth Avenue close to West 58th Street — a few block from Trump Tower — round 1:30 p.m. Wednesday when one other man approached him, put him in a chokehold and snatched his cellphone, police mentioned.

Good Samaritans tried to step in to cease the heartless criminal — however the suspect threatened them with a knife earlier than working off, cops mentioned.

No different accidents have been reported, police mentioned.

Authorities launched photographs of the suspect, proven carrying all black, with a silver or grey vest over his sweatshirt.