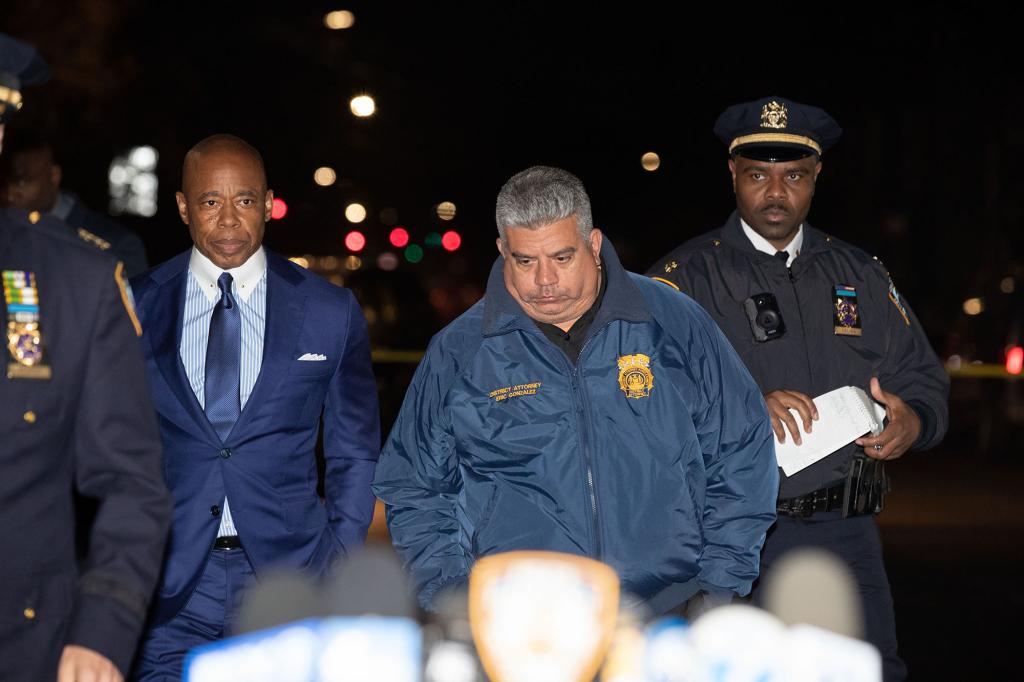 Authorities have taken down two rival Brooklyn gangs chargeable for a slew of homicides and shootings — together with one which injured a 3-year-old girl, police sources stated Tuesday, noting that the Brooklyn district legal professional and NYPD Commissioner Keechant Sewell had been set to announce the information at a day press convention.

Cops busted greater than two dozen folks within the operation, together with the individual allegedly chargeable for capturing the tot with a stray bullet after he opened hearth close to the kid’s Brownsville daycare in March, legislation enforcement sources stated.

Aside from the kid who was shot, the gangs — often known as Woo, a mix of the Bloods and Crips, and Choo, a Folk Nation gang — are additionally chargeable for capturing a cab driver for enjoying music from a rival gang, the sources stated.

DA Eric Gonzalez and Sewell are slated to announce the arrests and extra particulars on the investigation at 12:30 p.m.