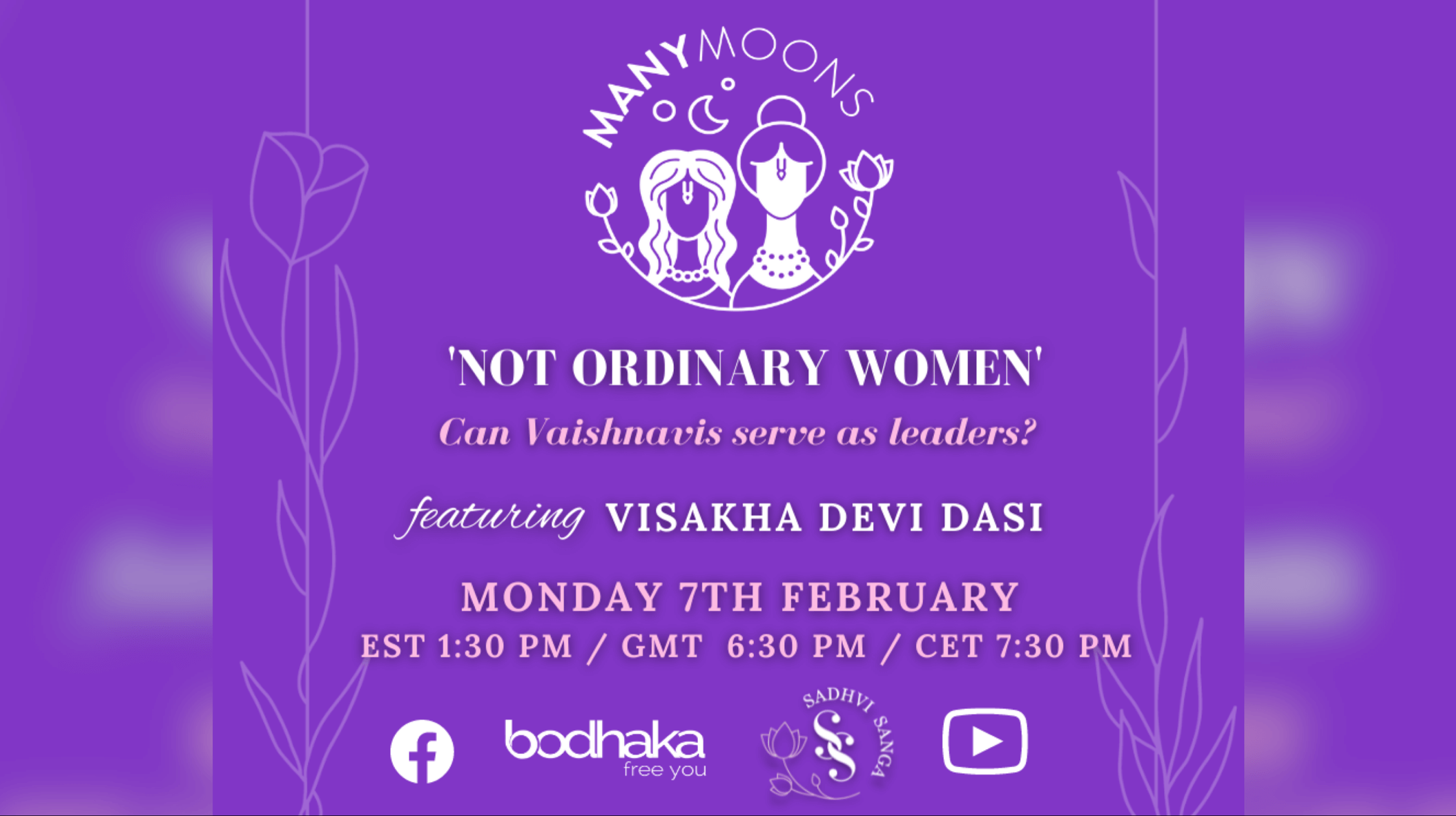 Launch of the Many Moons Podcast

A brand new podcast entitled “Many Moons” is about to be launched throughout all podcast platforms on February seventh, 2022.

Presented by Sadhvi Sanga and Bodhaka, the podcast is a sequence of interviews that includes inspiring voices of the pioneer ladies of ISKCON. The invited visitors will talk about their relationships with Srila Prabhupada, their private experiences inside ISKCON, and lots of extra topics.

The title of the podcast is impressed by a really candy pastime of Srila Prabhupada’s and one thing he mentioned.

“The New York devotees had simply acquired this new temple, the second New York temple at 61 2nd Avenue, and so they have been writing to Prabhupada telling him that the brand new temple was identical to a palace. And I used to be feeling lots of nervousness about this as a result of I used to be pondering, ‘Prabhupada’s coming and he’s going to be so disenchanted when he sees this temple. They’re telling him it’s identical to a palace, however it’s simply one other storefront. It’s a bit bit nicer than the primary storefront, however it’s simply one other storefront.’ I used to be pondering, ‘He’s going to be indignant, he’ll be so disenchanted, it’s going to be horrible.’ So Prabhupada got here in and he sat on the vyasasana and he mentioned, ‘I prayed to Krishna to ship me one moon, however Krishna has despatched me so many moon-like girls and boys.’ That’s what he mentioned.”

‘Many Moons’ podcast launch will begin on Monday, February seventh with its first visitor, Visakha Devi Dasi exploring how Vaishnavis can serve in management roles. The episode can be entitled ‘Not Ordinary Women’.

The interview will reply vital questions equivalent to ‘how can Vaishnavis stay true to their female nature while serving as leaders?’ ‘What distinctive contributions can ladies make in management roles?’ ‘Can we comply with daiva varnashrama in such a approach to empower Vaishnavis to serve to their best capability?’