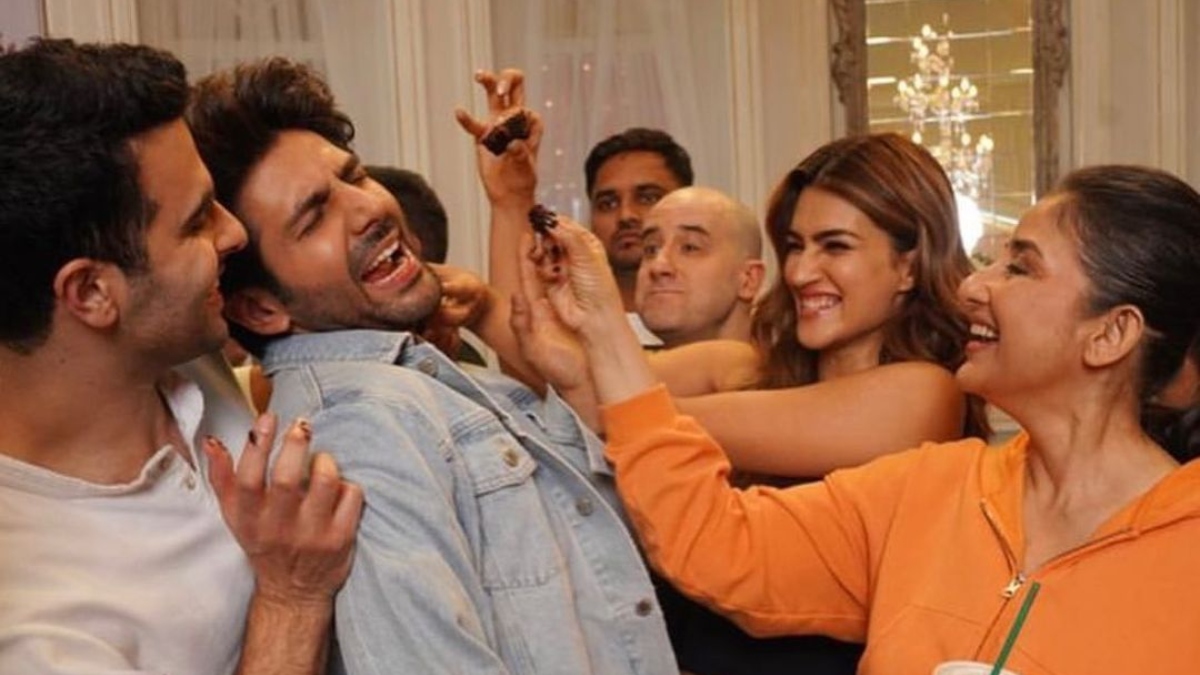 Kartik Aaryan and Kriti Sanon-starrer movie ‘Shehzada’ wrapped up its taking pictures on Tuesday. The movie additionally stars Ronit Roy and Manisha Koirala, each of whom took to social media to share the replace with their followers.

Manisha took to the story part of her Instagram and uploaded photos and a video from the movie’s wrap up party. In the video. Kartik and Kriti could be seen together with the movie’s director, Rohit Dhawan.

Ronit additionally shared one of many photos posted by Manisha in his story and expressed his gratitude as he wrote on the image: “(It) was so pretty co-starring on this film with you @m_Koirala. Hope to do it once more quickly. Thanks a lot for all the nice and cozy vibes.”

Kriti additionally shared the story on her Instagram. ‘Shehzada’, which is directed by Bollywood star Varun Dhawan’s sibling Rohit Dhawan, is Kriti’s second movie with Kartik. Prior to this, the 2 have been seen within the 2019 movie ‘Luka Chuppi’.

Earlier, Kartik took to Instagram, the place he shared an image of himself dipping his ft in ice chilly water. He was additionally seen holding a big chunk of ice as he posed.