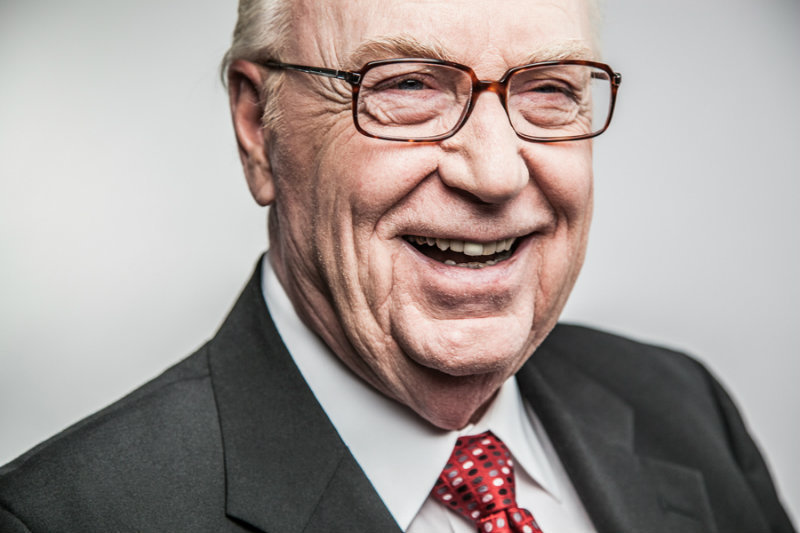 George O. Wood, the previous basic superintendent of the Assemblies of God who noticed the Pentecostal denomination develop significantly at a time when most spiritual teams within the United States had been in decline, handed away from most cancers at age 80.

The Assemblies of God posted an announcement that Wood had died on Wednesday, lower than 5 months after he was recognized with stage 4 most cancers in his esophagus.

Wood had tried chemotherapy remedies at Siteman Care Center in St. Louis, however most cancers unfold to his liver and vertebrae. His situation worsened earlier this week when he contracted pneumonia.

Doug Clay, Assemblies of God’s present basic superintendent, stated in an announcement Wood “had tremendous intellect” however “never depended on that at the expense of being led by the Spirit.”

“He had a unique ability to open doors for young people, women, and ethnic minorities by providing them a meaningful seat at the table,” Clay stated.

“Each leadership decision he made was always processed through Scripture. He made my love for the Bible even richer. His legal credentials gave him a unique perspective to address cultural issues with biblical clarity.”

Born in 1941 to missionary dad and mom George Roy Wood and Elizabeth Weidman, George O. Wood earned an undergraduate diploma at Evangel University in Springfield, Missouri, a doctoral diploma in pastoral theology at Fuller Theological Seminary in Pasadena, California, in addition to a juris doctorate at Western State University College of Law in Fullerton, California.

Wood was ordained by the Southern Missouri District in 1967 and served as assistant superintendent of the Southern California District from 1988-1993.

Wood pastored Newport-Mesa Christian Center of Costa Mesa, California, for 17 years and served as basic secretary of the Assemblies for 14 years earlier than being elected basic superintendent in August 2007, serving till 2017.

During his tenure, the Assemblies of God noticed appreciable development in each membership and variety of member congregations, whereas different Protestant denominations within the United States noticed a decline in each areas.

In 2011, for instance, the Assemblies of God planted 368 new church buildings within the U.S. through the Church Multiplication Network, a division within the group’s National Leadership and Resource Center.

Steve Pike, the nationwide director of the Church Multiplication Network, instructed The Christian Post in an interview in January 2012 that Wood’s management was an element within the profitable development.

“Dr. Wood didn’t stop with just saying that starting churches was a value,” Pike stated. “He took a hard look at our organization and recognized that our actions were not lined up with our values. So he set in motion a serious effort to realign our actions with our stated values.”

In 2014, in response to rising racial tensions within the U.S., Wood joined with the predominantly black Pentecostal denomination the Church of God in Christ, Inc. to watch “Black Lives Matter” Sunday.

“The lives of all people are precious to God, of course, but at the present moment, many of our black brothers and sisters in COGIC and the AG feel that their lives are not highly valued by many in white America,” acknowledged Wood on the time.

“Whatever your opinion of those controversial decisions, can we stand with our brothers and sisters and affirm the value of black lives generally and of their lives specifically?”

Samuel Rodriguez, a California Assemblies of God pastor who heads the National Hispanic Christian Leadership Conference, tweeted that Wood’s impression on the Assemblies of God and his private life is “immeasurable.”

“My heart is broken over the passing of my dear friend George O. Wood,” Rodriguez wrote. “My thoughts and prayers are with his loved ones and our Assemblies of God family that he loved and lead so well.”

Wood leaves behind his spouse of 56 years, Jewel, his son, George Paul Wood, daughter, Evangeline Hope Zorehkey, and their households.