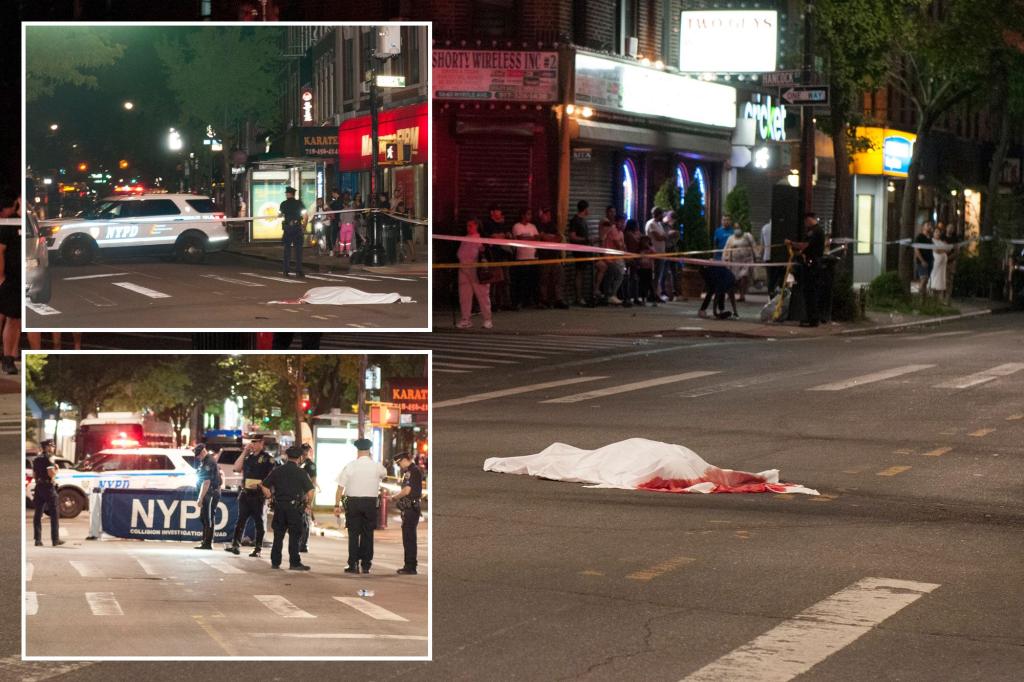 A person was struck and killed by a hit-and-run driver in Queens on Sunday night time, sources stated.

The 74-year-old man was struck by a black BMW at Myrtle and Seneca Avenues in Ridgewood, Queens at round 7:40 p.m., in line with regulation enforcement sources.

The man, who was not recognized on Sunday night time, was declared lifeless on the scene. Police have been looking for the motive force of the BMW.

During a separate visitors incident within the Bronx, a 4-year-old boy was killed when he fell off a scooter.

The baby was driving along with his father on the again of a two-wheel scooter in Prospect Heights when a doable collision with a automobile made him fall and strike his head at round 9:20 p.m.

The boy was taken to St.Barnabas Hospital, the place he died.