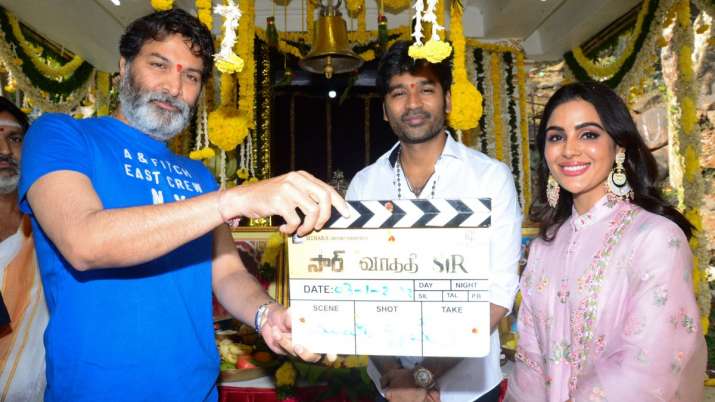 Telugu-Tamil bilingual movie “Sir”, starring Dhanush, started manufacturing in Hyderabad on Monday. The movie is billed as an “bold adventure of a commonplace guy”. Additionally titled “Vaathi”, the film is written and directed by way of Venky Atluri of “Rang De” and “Tholiprema” repute. Manufacturing area Sithara Entertainments shared footage from the movie’s pooja rite on Twitter.

“An Auspicious begin to an Formidable Adventure of a commonplace guy. #Vaathi / #Sir took off these days with a pooja. Common shoot from fifth Jan,” the makers wrote in a tweet.