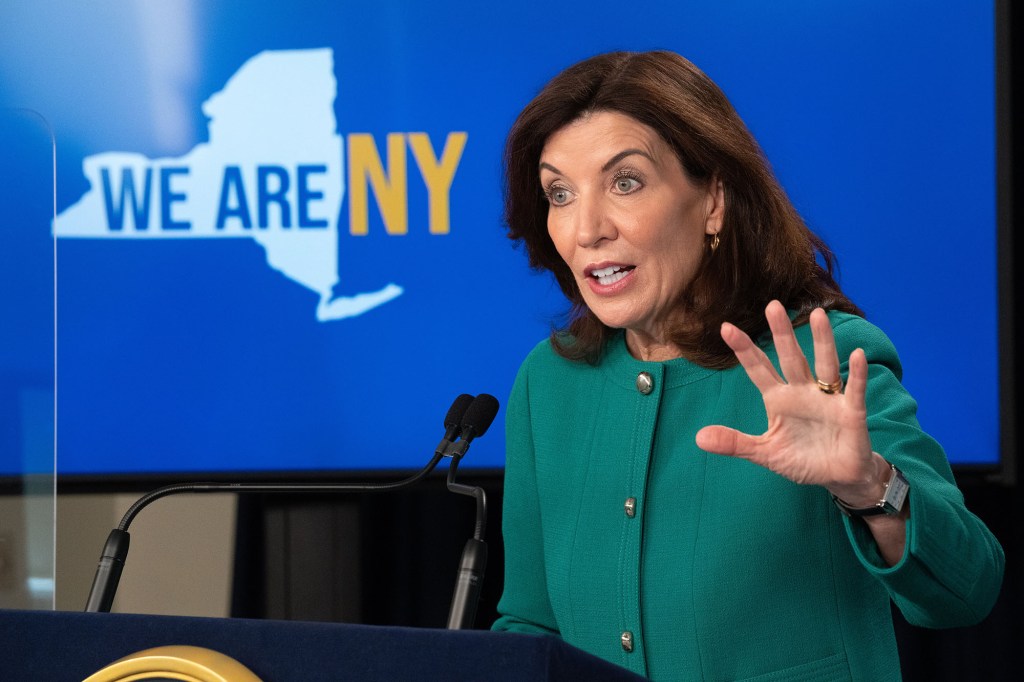 Detectives’ Endowment Association president Paul DiGiacomo, in a letter to the governor dated Wednesday, requested her to “intervene and appoint a special prosecutor to oversee those matters in which the Manhattan District Attorney fails to abide by his sworn oath of office and declines to prosecute or downgrades violent felony offenses in order to advance his personal, unsafe, reckless, and personal agenda.”

DiGiacomo referenced Bragg’s Jan. 3 memo to his prosecutors urging them to say no to prosecute some non-violent circumstances and to downgrade varied felony crimes to misdemeanors, together with sure armed robberies.

The coverage is already being seen put in motion as The Post has reported earlier this week on a case of a robber wielding a knife being downgraded from a felony to a lesser misdemeanor cost.

“District Attorney Bragg was elected to enforce the law, not to make new law,” DiGiacomo stated.

The union chief appealed to Hochul to “do the right thing” and ensure Bragg is complying with the legislation.

Bragg, by way of a spokesman, dismissed the detectives’ union criticism as “political grandstanding.”

“DA Alvin Bragg was elected overwhelmingly by the people of Manhattan. Informed by his lived experience and 20-year record as a prosecutor, he’s doing the work to make us safer and the system more just — and won’t be distracted by the political grandstanding of others,” stated Bragg senior adviser Richard Fife.

Hochul had no speedy remark.