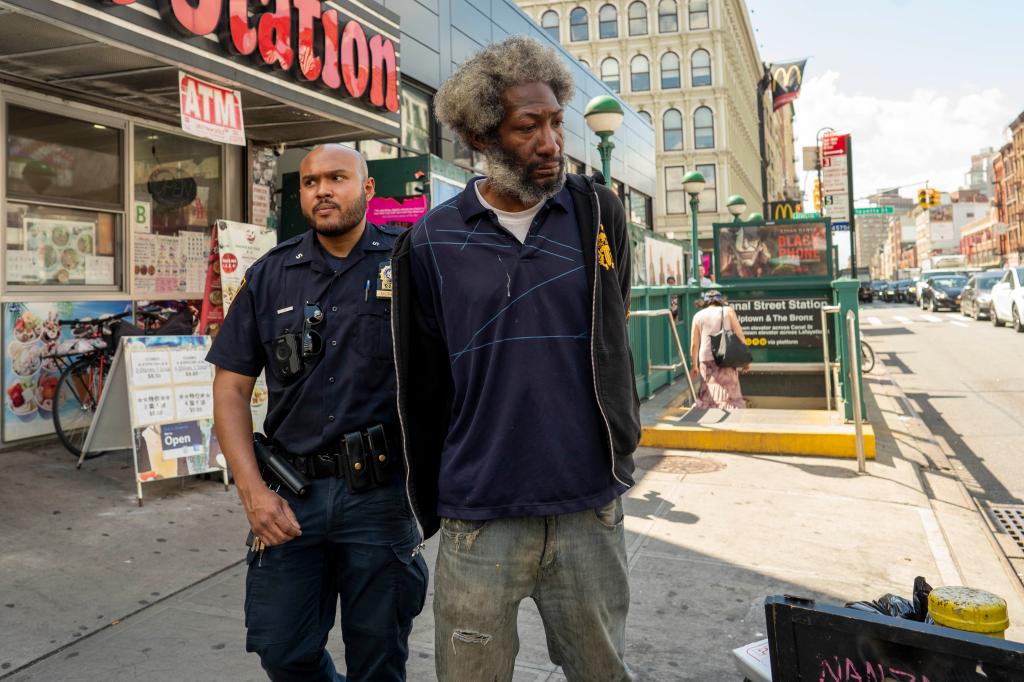 A profession shoplifter who allegedly smashed a information photographer’s digital camera moments after he was launched on a theft cost was shortly arrested once more — and let out simply as quick.

Laron Mack, a homeless man who has previously told The Post “I steal for a dwelling,” was again in Manhattan Criminal Court Saturday on a legal mischief cost for allegedly breaking lensman Steve Hirsch’s digital camera a day earlier exterior the identical constructing.

Mack is accused of damaging the gear in an encounter exterior the Centre Street constructing which unfolded simply after he was granted supervised launch in a theft case.

On Saturday he held his head down, together with his nostril practically touching the desk as he tried to maintain a Post photographer from snapping his image.  His lawyer additionally held up a sheet of paper blocking Mack’s face from the digital camera.

Mack has an in depth rap sheet, together with: six felony arrests, 65 misdemeanors, 31 failures to seem and two parole violations, stated Assistant District Attorney Chelsea Eret. Most of his arrests are for low-level offenses akin to petty larceny, which isn’t eligible for bail below New York state legislation.

Though he’s already on supervised launch within the theft case, Eret requested once more for a similar conditional discharge for Mack within the legal mischief case, to which Judge Eric Schumacher agreed.

Video taken by Hirsch reveals the second Mack all of the sudden lunged at him and swatted his digital camera out of his hand.

“How are you doing, Mr. Mack?” the photographer requested Mack within the clip, as he adopted him exterior of the courthouse.

Mack turns and begins strolling away from Hirsch when he all of the sudden spins round and knocks the digital camera from his arms earlier than the video cuts out.

“He punched me within the arm and ripped the flash off the digital camera and threw it towards the wall and smashed it to items,” Hirsch instructed The Post.

The Post spoke with Mack again in March, after he was launched on petty larceny and legal possession of stolen property expenses for stealing Bud Light, breakfast sausages and oatmeal from a Duane Reade on the Upper East Side.

“I’m broke, I’m homeless and I steal for a dwelling,” the 50-year-old instructed The Post.

When requested what he stole, he bluntly responded “Beer.”