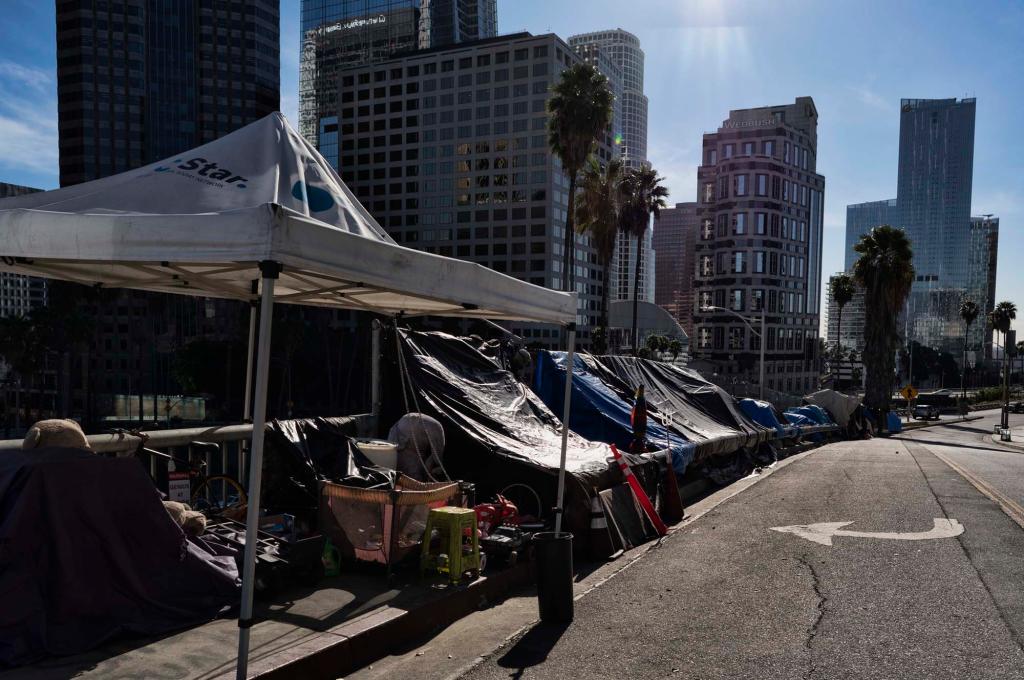 “Voters have had enough of ‘progressive’ leaders who are presiding over spiraling violence and crime,” declares Spiked’s Joel Kotkin. The “revolt brewing” sees a giant check Tuesday in Los Angeles’ mayoral main, which can probably “lead to a head-to-head between moderate billionaire developer Rick Caruso and progressive congressperson Karen Bass, once considered a potential vice-president for Joe Biden.” Progressive San Francisco DA Chesa Boudin faces a recall vote the identical day. Disgust at how cities have turn out to be “centers for homelessness, open drug markets and incubators of all sorts of diseases” has introduced the “rise of moderate opposition to progressivism, in the form of Rick Caruso, Eric Adams and others,” offering “hope that the urban core can reinvent itself as a viable place for new investment and families.”

From the left: Manchin Was Right, Progs

If progressives “want to get anything done this year, they might acknowledge” that Sen. Joe Manchin “was basically right” about President Biden’s Build Back Better invoice, which he opposed, and inflation, advises Bloomberg Opinion’s Matthew Yglesias. After all, had the invoice handed, “inflation would be even worse today” — particularly because it loaded up the subsequent few years with bigger inflation-fueling deficits. Manchin stays interested by a number of objectives progressives share, similar to on prescribed drugs and power manufacturing, but for Dems “to get to yes on that agenda is going to require all sides to get past some bitterness and recrimination.” A great begin could be “for progressives to admit that Manchin was right to be worried.”

“Some officials still have trouble letting go of pandemic-inflated power,” observes Reason’s J.D. Tuccille. The CDC nonetheless requires a damaging COVID-19 check for entrance into the nation. Applying to even the vaccinated and boosted, “and with a daunting 24-hour timeframe, the CDC rules make the U.S. an outlier in a world that otherwise seems eager to turn its back on two years of chaotic overreactions to COVID-19.” Travelers testing optimistic face “pricey extended stays and rebooked flights” and above all: “confusion over which quarantine rules reign.” We want “a spirit of rebelliousness and disgust with the excesses and failures of bureaucrats and politicians. Officialdom clings to aging rules and remin­isces fondly about the days of extraordinary power.”

Prof: Why I Quit Georgetown

Soon after “a four-month investigation into a tweet” noticed him reinstated at Georgetown University Law, Ilya Shapiro give up, he explains in The Wall Street Journal, as “remaining in my job was untenable” for the reason that college’s range workplace “set me up for discipline the next time I transgress progressive orthodoxy,” as a result of college coverage solely cares if persons are “offended, or claim to have been,” by some comment. As he notes, that might land him in hassle if “I opine that the Constitution bans racial preferences” and even assign a pupil to oppose the argument that “a designer can be compelled to create a website for a same-sex wedding.” In brief, “It is the Georgetown administrators who have created a hostile work environment for me” — and successfully repealed the varsity’s free-speech coverage.

“We can get you anytime, anywhere . . . You can’t touch even a single one of ours” is the message for the best from the left — at the very least judged by Michael Sussmann’s harmless verdict and Peter Navarro’s arrest, argues Ben Weingarten at The Federalist. As with the Capitol Riot v. the George Floyd riots: The left gained’t “actually charge anyone with insurrection while they equate [Capitol rioters] with 9/11 hijackers” however when “their allies burn down cities, they’ll release them en masse.” “This is our democracy . . . . And in our democracy, we win, and you lose.” “What do you do when your every institution has been weaponized against you?” Those who ask our vote should reply” this query. If they will’t, “they’re merely unfit to guide.