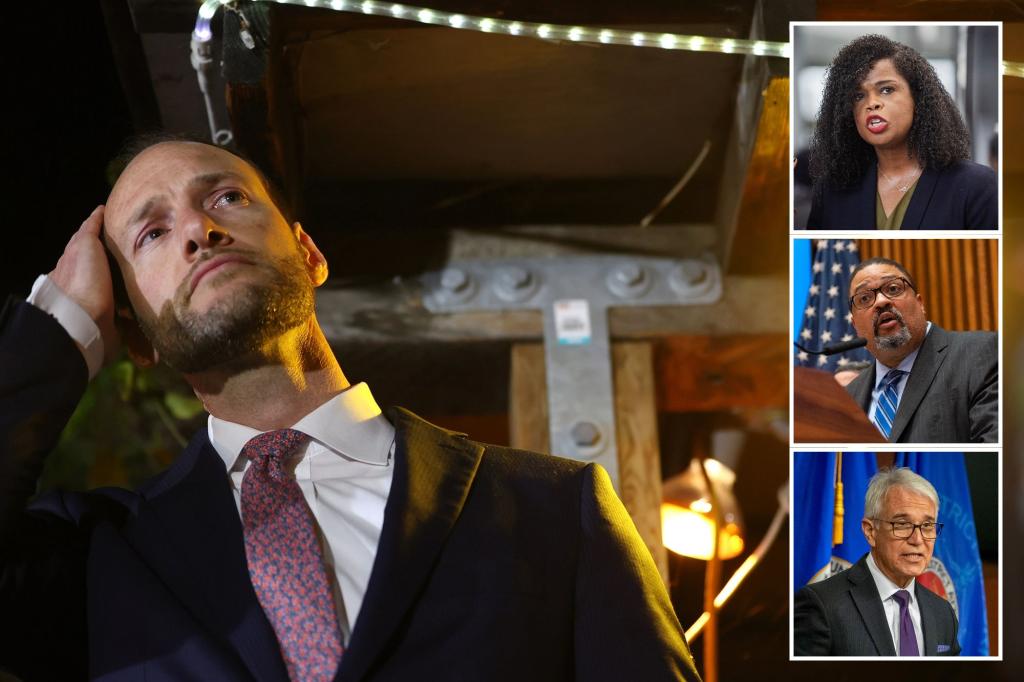 Progressive prosecutors who again criminals over public security have fueled chaos and lawlessness in cities throughout America, and now even left-leaning San Francisco voters have had sufficient: On Tuesday, they booted their progressive District Attorney Chesa Boudin in a 60-40 landslide recall election that ought to be a warning to comparable prosecutors nationwide.

Many of these radical DAs — Chicago’s Kim Foxx, Philadelphia’s Larry Krasner, Los Angeles’ George Gascón, New York City’s personal Alvin Bragg — came to office with the help of money (greater than $40 million since 2014, per one estimate) from billionaire George Soros, who primarily seeks to finish penalties for crime.

San Francisco voters have been sick of it. Sick of rampant homelessness and drug-dealing on the streets, the spike in murders (37%) and burglaries (45%) below Boudin and the infinite break-ins, property crimes, shoplifting and auto thefts.

And they linked all of it, rightly, to their DA’s radical view of prison justice, together with bans on money bail, powerful sentences for perps and prosecutions of older youths as adults.

Boudin “is mismatched to his job description of prosecuting ordinary criminals and dealing with the police,” fumed one Democratic voter, Maureen Hurley. “He was an entire failure.”

Indeed, even after his humiliating loss, Boudin refused to just accept the election’s message: The vote was the results of “a Republican- and police-union-led playbook to undermine and assault progressive prosecutors” nationwide, through “fear-mongering and recalling,” he weaseled.

Sorry, Mr. Now-Ex-Prosecutor. It wasn’t right-wingers (does ’Frisco even have any?) and cops who ousted you; it was Democrats. Asian Americans. Other minorities. Working-class of us.

Boudin and his ilk simply can’t admit they’re hurting the very individuals they declare to champion. Nor that, as Tuesday’s vote suggests, these individuals are taking discover.