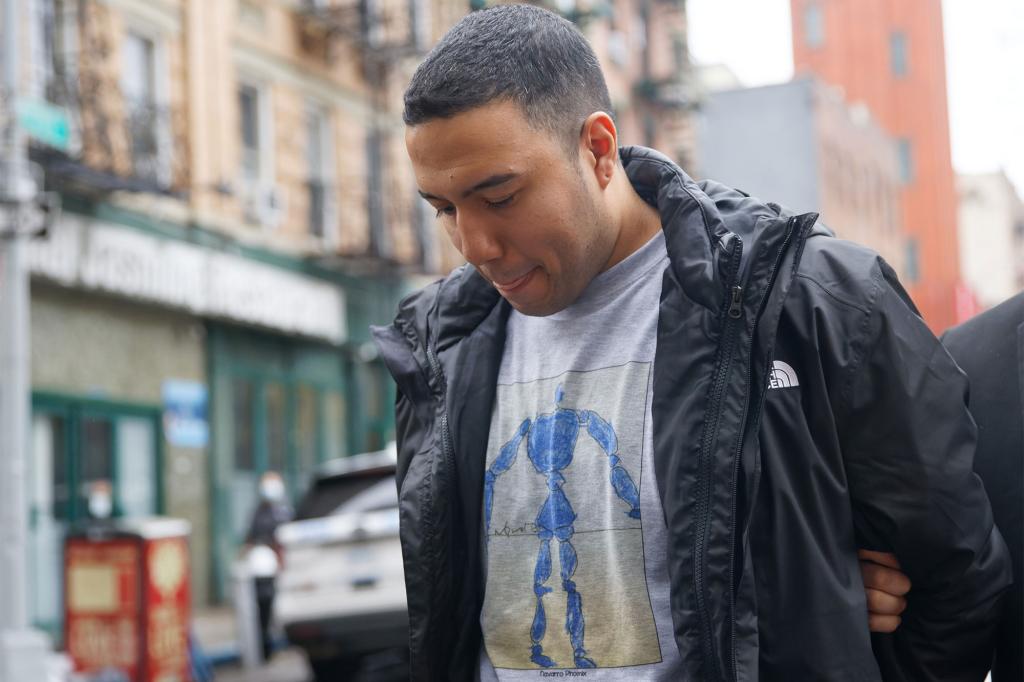 The Manhattan man busted for a brutal caught-on-camera bat attack is again on the road after making bail, courtroom information present.

Karim Azizi, 36, was arrested Wednesday and charged with assault, tried assault and prison possession of a weapon for the Nov. 6 assault at Amsterdam Avenue and West 148th Street, in keeping with police.

A Manhattan Supreme Court judge set Azizi’s bail at $7,500 — a couple of fifth of the $40,000 that prosecutors sought, calling the suspect a “flight threat” with the “likeliness to evade prosecution,” on condition that he’d fled the scene, Fox News said.

Azizi, who police mentioned has no prior arrests, posted the decrease bail inside hours, in keeping with courtroom information and his lawyer.

He is accused of pulling a bat from his pants and swinging it at a 47-year-old man, who’s homeless, sending the sufferer tumbling to the bottom.

Footage captured Azizi then strolling away earlier than returning and stomping on the sufferer, cops say.

Law enforcement sources have mentioned the pair had an argument earlier than the incident.

“Bail was set and posted. Therefore, those that are indignant [about him being freed] are, by default, asking for remand for anybody arrested within the metropolis now,” Azizi’s lawyer, Jason Goldman, informed The Post on Friday.

“The identical outrage needs to be leveled when People are remanded or saved on Rikers as a consequence of huge bail, then two years later stroll free on an acquittal after trial and are merely given a pat on the again on the way in which out,” Goldman mentioned.