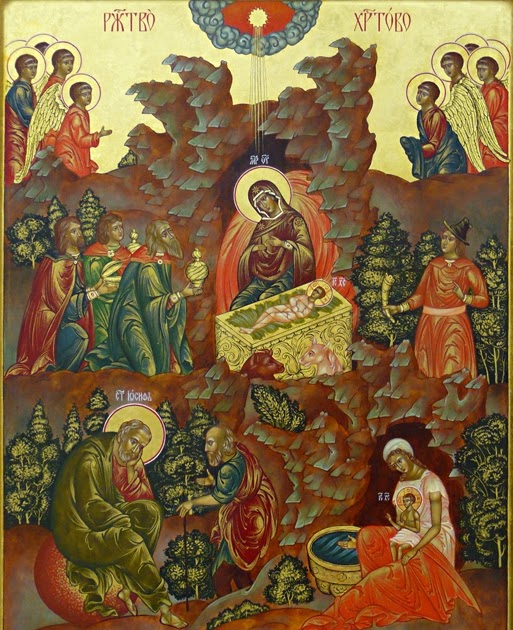 1956 Christmas Message to the Western European and Eastern FlockBy St. John Maximovitch
“Let heaven be glad and earth rejoice. Our God is born from the Virgin Maiden.”The Son of God got here all the way down to earth. The Creator got here to His creation and settled in a depressing cave.

He doesn’t search wealth and fame, however lay down in a manger within the midst of two animals. He dropped at earth not materials wealth, however grants heavenly everlasting treasures.

He was born not in an amazing metropolis stuffed with the vainness of life, however the place folks paid extra consideration to the Wisdom of God, manifested in His creation, and felt the voice of God extra strongly of their hearts and consciences.

The Son of God grew to become a person with a view to save man who fell into sin from dying and unite him with God.

The Born Child now accepts all, wealthy and poor, sages and people with out cause; poor shepherds and noble magi-kings.

But not many got here to Him, and even fewer remained with Him after His start.

The majority didn’t need to quit their common affairs and their routine lifestyle, whereas others, like Herod, even sought to kill the Infant, fearing to lose the earthly blessings he had.

What would occur if now the Son of God got here to earth once more, got here not because the Judge of the world, as He would come a second time, however as a humble Infant?

Would the present rulers of the world worship Him?

Would many go to see the One mendacity within the manger?

Would those that style the nice issues of life be prepared to depart them for the sake of the reality He speaks?

The stars that shone on the night time of Bethlehem are actually above us.

Will we be with those that most worth well-being and earthly pleasure?

Let us comply with the Magi, allow us to hasten with the shepherds, bow to Christ the Child, bringing as a present the need to reside in keeping with His Divine will, and with the angels we are going to sing: “Glory to God within the highest.” For us, for our sake, the Young Child, the Eternal God was born!